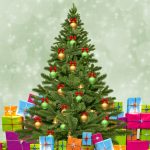 The offices of Mary G Stewart, CPA will be closed Dec. 23 – Jan 2 to celebrate the holidays and take care of our families.

We will be available by phone for emergencies.  Please leave a message and we will return your call as soon as possible

The Tax Court confirms in the case of a man who argued that he was entitled to claim his daughter, who lived with his ex-wife after their divorce, as a dependent.But he failed to attach Form 8332 to his return, and his ex-wife also claimed the girl as a dependent. The Court disallowed his earned income credit and child credit because his daughter was not his “qualifying child” (Bidzimou, TC Memo. 2020-85)